It has been the end to another wonderful year at Hillview International School. With that, we will be saying farewell to some of our team, hello to others, and also seeing some move into new posts.

After ten years teaching Years 1 and 4, we say goodbye to Mrs Charmaine Bramsen. Having coached our girls’ hockey team to six championships in ten years and led several Key Stage 1 productions, Charmaine is moving on to return to university to study for her Masters in Education.

After 17 years’ as a parent and then teacher at Hillview International School, Kathrin is leaving us to return to her native Germany along with her son Tadeus. She will be greatly missed and we wish her all the best for the future.

After two years at Hillview, most recently in Year 3 having previously been maternity cover for Mrs Merin Barrett in Year 4, Nabeela is leaving us to get married and start a life with her new husband in Wales. We wish her all the best.

Hamilton leaves us after one year of teaching French to our High School students. During his time with us, he was an excellent role model leading by example in manners and respect. He will be missed as he leaves us to take up his new position as teacher of French and Chichewa at Phoenix International Primary School.

Marlene and Colleen are retiring from their roles as teaching assistants and it will certainly be strange not seeing them with us in September. They have been with us for many years, supporting teachers both new and old in various years during their time.

After a successful two terms as Acting Deputy Head for the Primary School, Merin is now taking over the role permanently as Mrs Kerry Staples has decided to step down to focus on her teaching.

Julie-Ann is leaving her role as Reception teacher to take on a new new challenge as Head of Primary School Physical Education. She originally trained as a PE and English teacher and so she is looking forward to taking up this new challenge and has put together an exciting programme for the coming years. Following her superb work teaching Reception Computing, she will now be delivering the school’s Computing curriculum to the whole of Key Stage 1.

Sally will be moving from Year 5 to take over the Reception class from Julie-Ann in September. Sally was originally trained as a Key Stage 1 teacher and is excited to get back to what she does best.

Amanda is joining us from the British School Gandia in Valencia, Spain, to replace Mrs Bramsen as Year 1 teacher. An expert in Early Years and Key Stage 1 teaching with over 30 years’ experience teaching in UK, Europe, Africa and Asia, Amanda is sure to be a great addition to our team.

Fahana is joining us to teach Year 3 from September. She has previously taught at St. Andrews International Primary School before taking a year out. She has also taught French at St Patricks Academy in Blantyre.

Wendy is replacing Mrs Walker as Year 5 teacher. She has previously taught at Phoenix International Primary School before taking time out to start a family.

This site uses Akismet to reduce spam. Learn how your comment data is processed.

How are area and perimeter related? Can figures wi 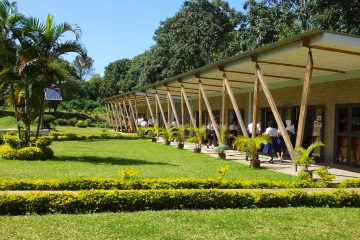 Please join us on Tuesday from 5:30pm to 8:30pm for our High School Open Evening.

This year, we launched our annual Project Week. Our KS3 High School students worked together in groups on a large scale research and design project. Their work incorporated aspects from every subject they study in the High School, from DT to French, English to Science and everything else along the way! One group even brought in a bit of Swedish....

We had planned our annual Year 8 trip to Chikwawa, and when the cyclone and flooding happened, we knew we had to do something. Our Year 8 class decided to set up a crowdfunding page for friends and family overseas who wanted to support Malawians in this devastating time of need. We promised that every penny raised would go to children in Chikwawa to help rebuild their lives.